HomeBlogThe CRO and missing their deadlines

The CRO and missing their deadlines

Failure to file an annual return on time can have several consequences including the imposition of the late filing penalty, prosecution of the company and/or its directors, the loss of the audit exemption or the possible involuntary strike-off and dissolution of the company.
Late Filing Penalty

A late filing penalty of €100 becomes due in respect of an annual return on the day after the expiry of the filing deadline, which deadline is 28 days after the effective date of the return, with a daily penalty amount of €3 accruing thereafter, up to a maximum penalty of €1,200 per return. This penalty is in addition to the standard filing fee of €40 per return. Revenue have confirmed that late filing penalties are not tax deductible.

The late filing penalty is only waived in certain particular circumstances.
Prosecution 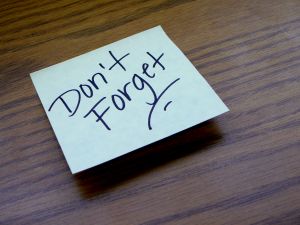 In addition, an on-the-spot fine may be imposed by the CRO where the company has a record of persistent late filing and/or summary prosecution of the company and/or any officer in default. Fines of up to €1,904.61 can be imposed on a conviction for breach of the annual return filing requirements.
Strike off

In addition, a company may be struck off the register and dissolved for failure to file an annual return. If a company is struck off, the assets of the company become vested in the Minister for Finance, and if the business continues to trade, the owners will no longer enjoy the benefit of limited liability and so are personally responsible for any debts incurred so long as the company remains dissolved. Any person, who was a director of a company at the date of sending to that company of a strike off notice due to the non-filing of annual returns, may be disqualified from acting as director by the High Court, where the company is struck off leaving outstanding liabilities. Such order may be made by the Court on the application of the Office of the Director of Corporate Enforcement. Link to Involuntary Strike-Off.
Audit exemption

If a company’s annual return for the current year or the previous year was not filed on time, the company cannot avail of the audit exemption. Please see Audit Exemption page.